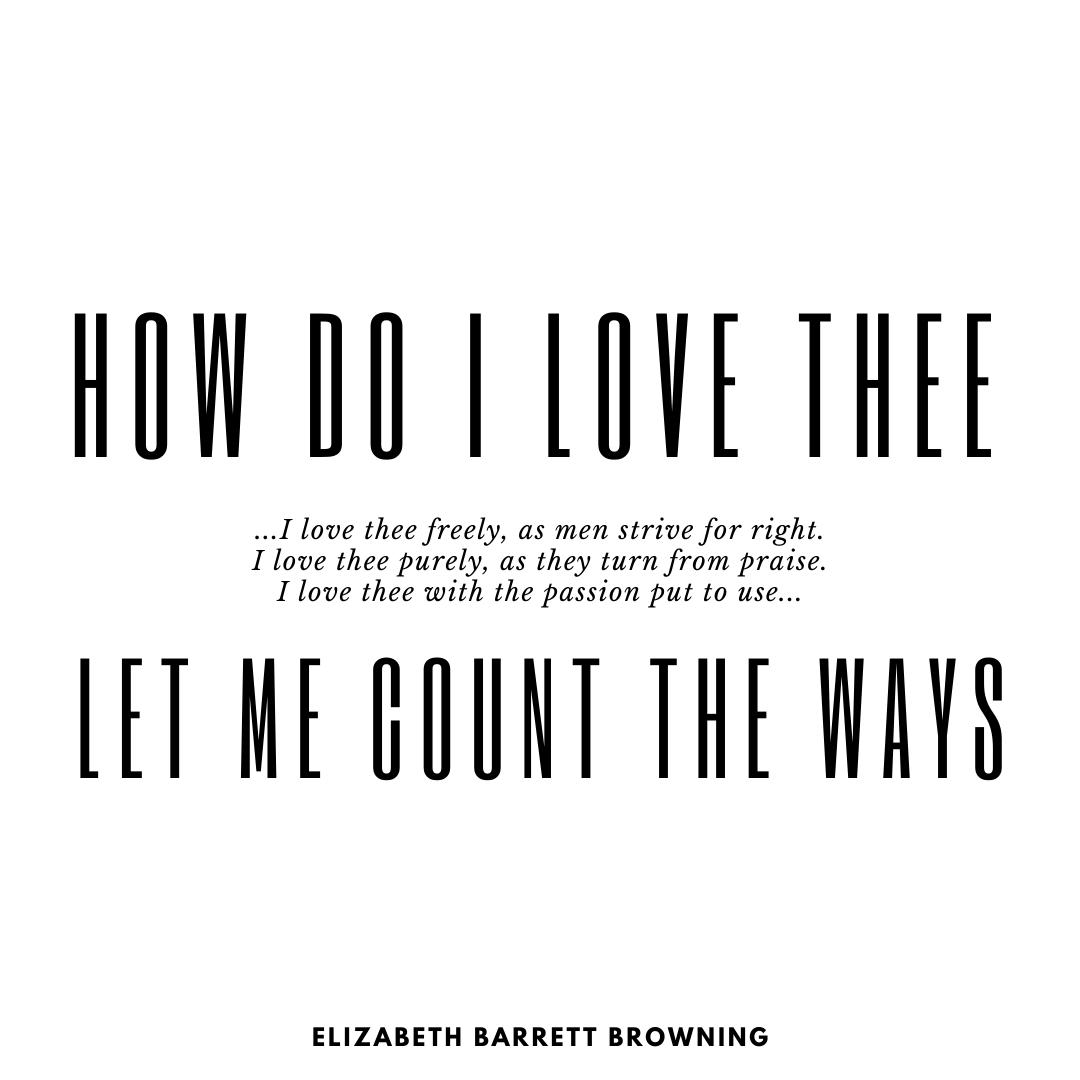 Elizabeth Barrett Browning’s life is a story of how a Victorian Poet developed her creativity using an expressive art form that contributed to her overall wellness and helped build the courage needed to leave a corrosive family enviornment. Through her poetry and love for learning new things, Browning enlightens others on the deep emotions and struggles of humanity, and applauds choosing a loving, supportive relationship over toxic connections of the past.

Intellectual wellness is one of the 8 Dimensions of Wellness which is being able to recognize your creative abilities and finding ways to expand knowledge and skills. This dimension involves having curiosity about the world around you and being a lifelong learner.

It can be overwhelming to grow up in a home full of power, control and manipulation. When broken relationships are all you have known, forming new bonds with positive and uplifting individuals can feel like a breath of mountain-fresh air. However, leaving the past behind you is not as easy as it seems. It is perfectly normal to experience feelings of loss or grief even if you are separating from abusive relationships. When we are curious about life, ask questions, and seek opportunities to learn how to increase our understanding, we become empowered and hope for a better future seems a little more attainable for us. "Knowledge is Power". This power can supply us the strength and courage we need to take a leap of faith in the right direction, like getting help from a loved one or community program like Care Lodge.

If you need help escaping from an abusive home environment, consider calling Care Lodge today at 601.693.4673 and speak with an advocate who can help you plan your exit strategy.

This blog coincides with National Wellness Month in August, and brings awareness to leaning into positive and supportive relationships while developing your knowledge and skills for personal growth!

If you feel overwhelmed by the circumstances in your life, you can take a self-assessment screening HERE

Want to dive deeper into this topic? Check out the movie “The Barretts of Wimpole Street” and see how the Browning family began and how the power of real love heals and breaks the cycle of violence.